The approach taken to a necklift will depend on
factors such as the amount of fat below the chin
and the laxity of the muscles.

View our before & after photos

Sagging skin underneath the chin can be a big source of insecurity for a lot of people. Often it’s caused by aging but whatever the cause, a necklift can address this issue and greatly improve a person’s overall appearance.

The approach taken to a necklift will depend on factors such as the amount of fat below the chin and the laxity of the muscles. For patients with low to moderate amounts of fat and minimal muscle laxity then liposuction is a viable option. For those who do have muscle laxity then an incision is made below the chin in order to tighten the neck muscles and in some cases a separate incision is made behind the ear so that any excess skin can be removed.

As with all the procedures I carry out, it’s always important for me to get an understanding of each patient’s fears, wishes and expectations so I can tailor my approach accordingly . When it comes to necklifts, a one-size-fits-all approach is never part of my thinking. Each patient will have a different biological make up, which means what works for one patient won’t be the right approach for another.

What Results Can I Expect?

Results are apparent immediately with a necklift although it may take a month or two for swelling to completely subside. Because necklifts are minimally invasive when compared to other procedures, any scarring is generally very subtle and you can expect long-lasting results of up to 10 years. 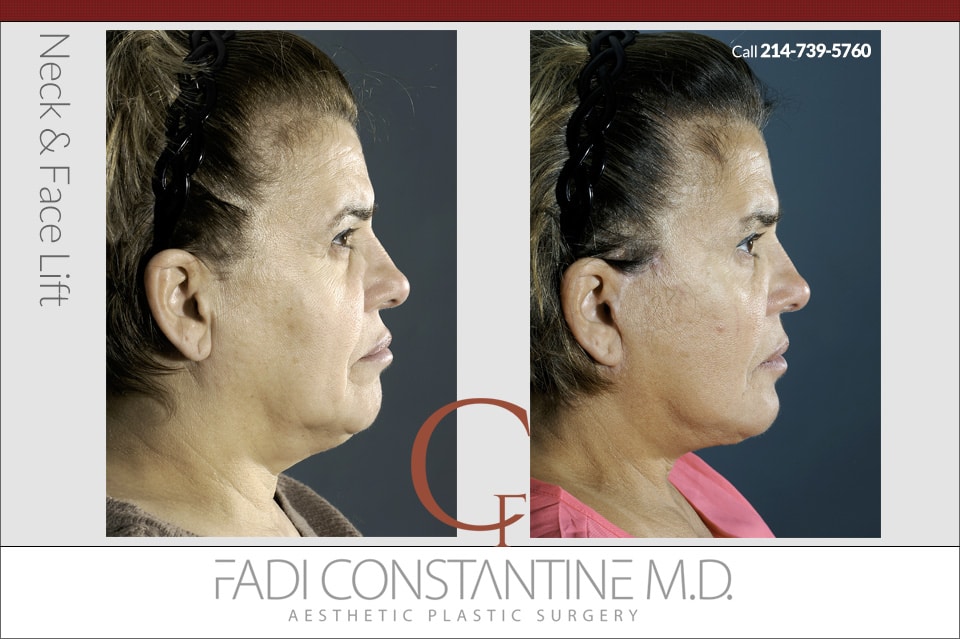 Before making any commitments, you will of course have the opportunity for a face-to-face consultancy with Dr Constantine. The doctor will answer any questions you might have as well as explaining exactly what’s entailed in the procedure.

“I still get many compliments on my face, people who knew me before say “Wow he did a lot of work on you”and those who do not cannot get over that I am 65 . The best to you and your practice and if any of my female friends in Irving need need a plastic surgeon I will recommend you.”

HOW LONG THIS PROCEDURE TAKES?

WHAT ANESTHESIA YOU USE?

General anesthetic or local with sedation

WHAT IS SIDE EFFECTS OF THIS?

Some temporary swelling and bruising with a little pain

HOW MUCH RECOVER TIME?

WHEN CAN I SEE FINAL APPEARANCE?

All swelling usually subsides within 1-2 month

HOW MUCH TIME DURATION OF RESULTS LIES?

Get on the Dr. Constantine VIP listSpecials, events, discounts and more… 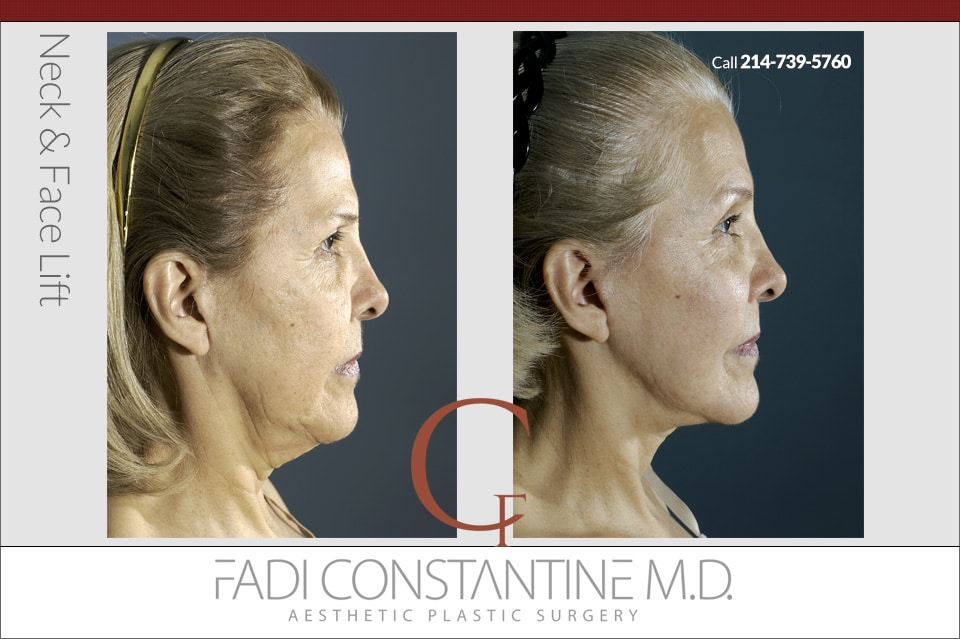 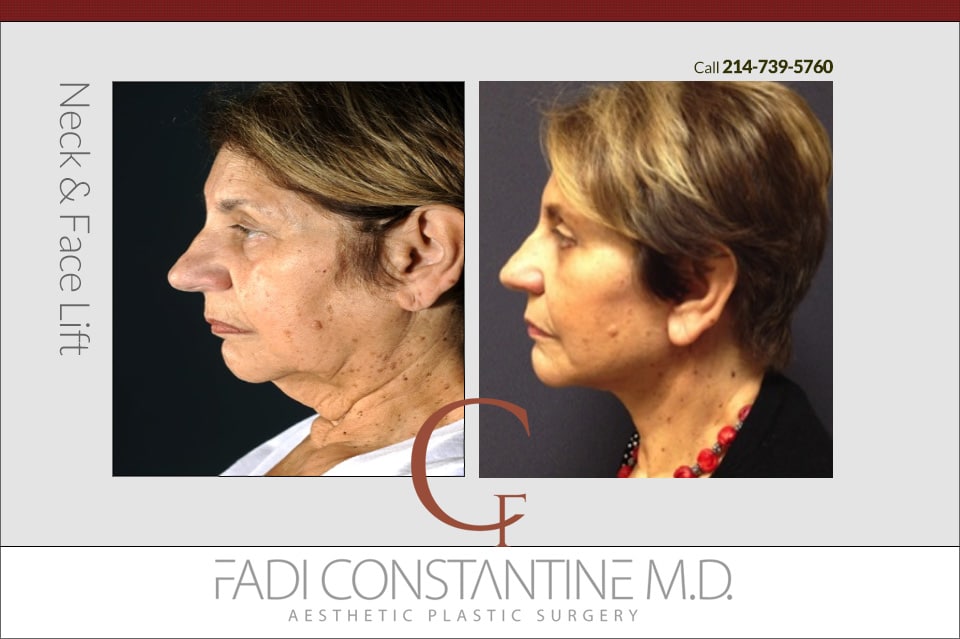 Trained at some of the most rigorous
programs in the country, Dr. Constantine loves to perform the most delicate and demanding plastic surgery procedures. Our team is known for natural results without an “operated” look.