Dr. Constantine has a deep experience in plastic surgery of the face and has been involved in some pioneering research related to it. This article from PSRJournal delves into some of the newest developments in modern facial plastic surgery and using fat grafting to achieve a better result.

Recent discovery of the numerous fat compartments of the face has improved our ability to more precisely restore facial volume while rejuvenating it through differential superficial musculoaponeurotic system treatment. Incorporation of selective fat compartment volume restoration along with superficial musculoaponeurotic system manipulation allows for improved control in recontouring while addressing one of the key problems in facial aging, namely, volume deflation. This theory was evaluated by assessing the contour changes from simultaneous face “lifting” and “filling” through fat compartment–guided facial fat transfer.

A review of 100 face-lift patients was performed. All patients had an individualized component face lift with fat grafting to the nasolabial fold, deep malar, and high/lateral malar fat compartment locations. Photographic analysis using a computer program was conducted on oblique facial views pre- operatively and postoperatively, to obtain the most projected malar contour point. Two independent observers visually evaluated the malar prominence and nasolabial fold improvements based on standardized photographs. 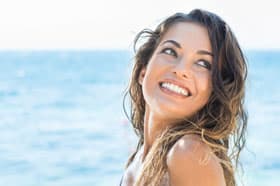 Facelift Recovery – What to Expect